In 2001 the Council of Europe decided to celebrate a European Day of Languages on 26th September each year.

Behind each and every one of them lies a rich and diverse culture. That’s what the European Day of Languages (EDL) aims to celebrate - by showing people across Europe how important languages are, andwhat fun can be had learning them.
If you are interested, here you can find different links on the EDL:
0 comentarios
¿Y esta publicidad? Puedes eliminarla si quieres.

Here’s a worksheet to practise and remember different parts of computers.

The writer of the year...

Click here to know a bit more about Chaplin:

In 2012, it was William Shakespeare

In 2014, it is Robert Louis Stevenson

First of all = en primer lugar

In my opinion/ in my view = en mi opinión

From my point of view= bajo mi punto de vista

To begin with = para empezar

As a result of that = como resultado

On the contrary = por el contrario

Apart from (this / that) = aparte de esto / aquello

For example / for instance = por ejemplo

Until then =hasta entonces

On the whole = total que

In the end = al final

HERE YOU CAN CLICK TO REVISE TO IMPROVE YOUR ENGLISH!

There is / there are

Questions with TO BE and WH-Question words:

Some links for the Electricity Vocational Studies

HERE YOU CAN FIND MATERIALS; LINKS... TO IMPROVE YOUR ENGLISH 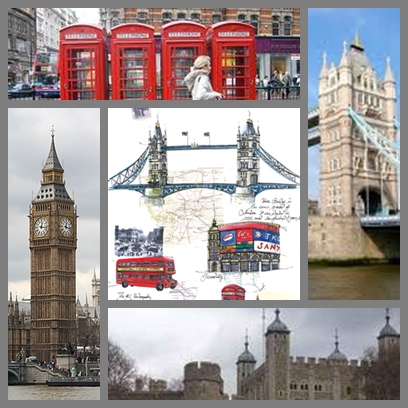 Here you can find links for your practice on  VIEWPOINTS 1

Revise what you already know:

Remember that you should never use will to say what somebody has arranged or decided to do in the future:

As you can see, the Present Continuous and going to are used to express future arrangements.

What is new for 1st bachillerato:

USE 1: Completion before a specified point in the future

The first use of this tense is to talk about future actions that will be finished before some specified point in the future.

USE 2: Duration in the Future

Another use of this tense is to talk about actions will last after a given point in the future.

Time expressions that are commonly used with the Future Perfect:

USE 3: Certainty about the near past

The last use is to express conviction that something happened in the near past.

We mainly use the Future Continuous to indicate that we will be in the middle of doing something in a specified time in the future.

USE 1: Future actions in progress

The first use of the Future Continuous is to express future action in progress.

Use this tense also to make guesses about something in the present or future.

To make polite questions about something or somebody.

USE 4: Actions which always happen

They will be playing football on Sunday afternoon.

Like any of the Future Tenses, Future Continuous cannot be used in sentences beginning with: while, when, before, by the time, if, etc.

The meaning is that you are going to do something immediately.

I’m about to go out from the house because I’m late for my appointment at the doctor’s, I can’t answer the phone call right now.

Another future tense (not studied this school year)

By the next year, I will have been working as a teacher for 20 years.

1. This evening I have written two letters to my parents

2. My daughter has been writing letters to her friends for hours

3. This morning I have prepared breakfast for my wife

5. My friends have been travelling around Italy for five months

6. I have been listening to music all evening

7. I have been learning English since I was a child

8. We are coming from the beach where my kids have made a sandcastle

9. Why are you so dirty? I have been working in the garden

10. I have been to Malaga for three days with my in-laws

11. I have finished my homework. Now I am going to rest

12. My brother has been watching TV for three hours

13. John has been studying since 3 o’clock

14. The fatal accident has just happened. The police haven’t arrived yet

15. Have you seen my watch? I have just lost it

16. Emma is very tired; she has been working all day

17. My son has translated two pages so far

18. What weather! It has been raining since yesterday

19. This week my team has won one match

20. Today I have painted my room

21. My kids have been playing at the beach all morning

22. I have been living in this town since last February

23. The police have arrested the murderer

24. What has happened to the neighbours? They have been shouting for hours

SIMPLE PAST AND PRESENT PERFECT PRACTICE.

A: Have you already played the new computer game?

2. B: No, not yet. I only bought it yesterday and I have not had the time yet.

4. B: Yes. I was there with Sue and Louis. Have you been to the cinema recently?

6. B: So you have not seen the new action film yet.

9. A: But why did you take her with you? She told me last week that she hated action films.

10. B: I think she has an eye on Louis. She tried to flirt with him all the time. So he could not concentrate on the film.

I have just finished my homework.

My friend was in Canada two years ago.

I have not been to Canada so far.

But I have already travelled to London a couple of times.

Last week, Mary and Paul went to the cinema.

I can’t take any pictures because I have not bought a new film yet.

Did they spend their holiday in New Zealand last summer?

Have you ever seen a whale?

USE 1 Unspecified Time Before Now

How Do You Actually Use the Present Perfect?

The concept of "unspecified time" can be very confusing to English learners. It is best to associate Present Perfect with the following topics:

We often use the Present Perfect to talk about change that has happened over a period of time.

We often use the Present Perfect to list the accomplishments of individuals and humanity. You cannot mention a specific time.

TOPIC 4 An Uncompleted Action You Are Expecting

When we use the Present Perfect it means that something has happened at some point in our lives before now. Remember, the exact time the action happened is not important.

Sometimes, we want to limit the time we are looking in for an experience. We can do this with expressions such as: in the last week, in the last year, this week, this month, so far, up to now, etc.

USE 2 Duration From the Past Until Now (Non-Continuous Verbs)

With Non-Continuous Verbs and non-continuous uses of Mixed Verbs, we use the Present Perfect to show that something started in the past and has continued up until now. "For five minutes," "for two weeks," and "since Tuesday" are all durations which can be used with the Present Perfect.

The examples below show the placement for grammar adverbs such as: always, only, never, ever, still, just, etc.

USE 1 Duration from the Past Until Now

You can also use the Present Perfect Continuous WITHOUT a duration such as "for two weeks." Without the duration, the tense has a more general meaning of "lately." We often use the words "lately" or "recently" to emphasize this meaning.

Remember that the Present Perfect Continuous has the meaning of "lately" or "recently." If you use the Present Perfect Continuous in a question such as "Have you been feeling alright?", it can suggest that the person looks sick or unhealthy. A question such as "Have you been smoking?" can suggest that you smell the smoke on the person. Using this tense in a question suggests you can see, smell, hear or feel the results of the action. It is possible to insult someone by using this tense incorrectly.

The examples below show the placement for grammar adverbs such as: always, only, never, ever, still, just, etc.

I have been reading a book (resalto lo que he estado haciendo; no indico si he finalizado el libro o no)

I have been playing tennis for two hours

I have done my homework (indico que ya lo he finalizado)

I have been doing my homework (indico la actividad que he estado desarrollando; no informo de si he terminado mis deberes o no)

Today I have read ten books

I have broken my leg (la pierna sigue rota; aún no ha sanado)

We use ‘used to’ for something that happened in the past but no longer happens.

We also use it for something that was true but no longer is.

We use ‘to be used to doing’ tos ay that something is normal, not unusual.

We use ‘to get used to doing’ to talk about the process of something becoming normal for us.

3. to get used to working

4. is getting used to driving

5. is used to driving

7. are used to eating

9. are used to speaking

get used to living

is used to living

Some suffixes to form adjectives from nouns:

Some adjective suffixes have special meaning:

They are formed combining the adjective with other parts of the sentence. Normally the two words which form the adjective are separated by an hyphen: blue-eyed - de ojos azules, well-known - bien/muy conocido, etc.